Bitcoin is yet to make a decisive move in either direction, as the price has been trapped in a very tight range for weeks. However, the consolidation period could be coming to an end soon as it appears the market is going through a calm-before-the-storm scenario.

Bitcoin (BTCUSD) has been consolidating throughout the whole month of October so far and as the short-term direction is neutral, it is useful to look again on the long-term charts to get a better understanding of where we might be at compared to previous cycles.

Bitcoin bull runs historically coincide with the four-year market cycle, which includes accumulation (buying), an uptrend, distribution (selling) and a downtrend. We would generally expect the part of this process to begin in 2023, though some believe it could be delayed until 2024.

Looking at the BTC daily chart shows BTC’s price consolidating in a tight range against a long-term descending channel. We’re in Day-46 of the 60-day cycle and the Bears continue to drift and chop sideways at daily range lows.

We’re in tight structure volatility all the way down to historical levels as it looks like we’re in the final phase of the bear market.

Overall, the daily timeframe does not appear promising for Bitcoin, as the price has been unable to break above the primary dynamic resistance levels, the 10-day and 100-day moving average lines. These resistances are currently around $20K and $21K, respectively.

Despite the recent break above the long-term bearish trendline, the market structure is considered bearish until the price breaks above both mentioned moving average lines and the $24K resistance level.

More patience is required to determine whether a bullish scenario will occur or if the $18K support level will finally collapse and pave the way for another crash toward the $15K area and even to lower targets. 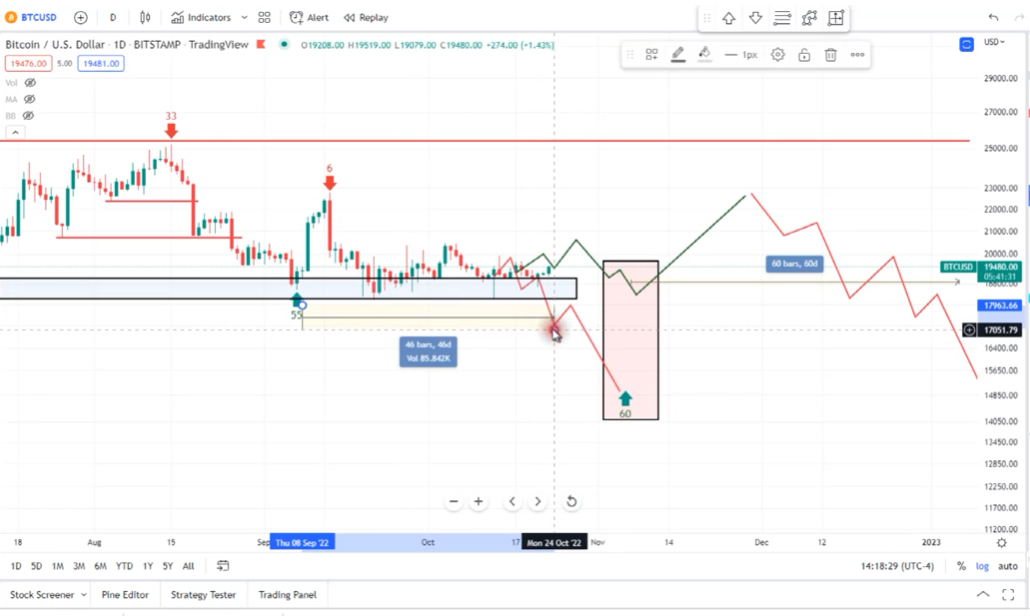 Chart 1. BTC consolidating in a tight range against a long-term descending channel.
Source: Paid Content by Peter Brendt and his partners at bitcoin.live , BTCUSD Chart by TradingView

The BTC weekly chart shows a downward channel with the momentum stalling at key technical levels. The chart shows the price action trading below the 10-week MA of the cycle low and the bullish narrative, yet to found its rhythm.

The price is currently located in the middle of the channel, which means that there are high chances to see the BTC going above the bear channel even though the path of least resistance remains to the downside.

The good thing is that, the current BTC volatility has reached its lowest level since 2012 and could help in holding the range-bound consolidation to further resume the Bitcoin’s historic bull trend.

Nevertheless, the price would still need to break above the $22K level (the higher trendline of the pattern) and the 10-week moving average, before a bullish reversal could be expected. 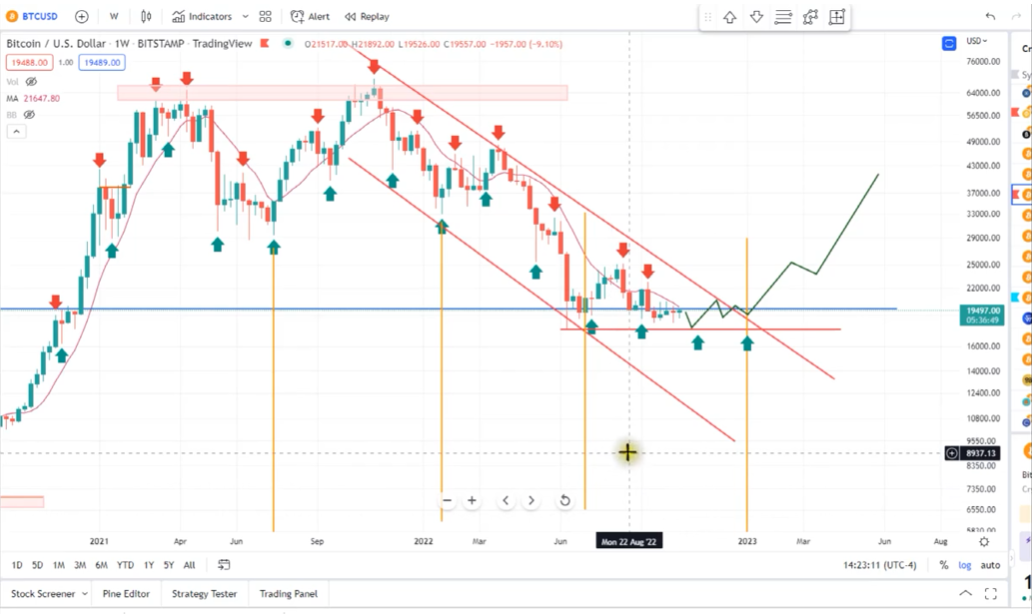 Ethereum (ETH)
Ethereum’s price has remained largely flat with little volatility. Momentum and volume continue to move sideways with no perceivable trend at this time. The key support remains at $1,250, and the resistance at $1,400.

The price is stuck in a channel, and it can comfortably move sideways until the end of the month before any significant resistance will be faced. Even if ETH’s price bounces between the key levels, as long as a breakout does not happen, the flat trend remains intact.

Chart 3. Price stuck in a channel with no perceivable trend at this time.
bitcoin.live , ETHUSD Chart by TradingView